Automatic Trading: How the human race has become a slave to market speculation

While not an article on Alberta, I feel this article is important to understanding how markets have started to work everywhere in the world.

Once upon a time the stock market was used for mostly honest investing. It was a vehicle designed to manage an emerging national scale of supply and demand principles. It allowed fledging new industries to embark on capital adventures that would otherwise be impossible because of the amount of resources needed to get started. The market was the needed elixir to solve the old world problem of “to make money, you need money”.

The [free market] system fostered the growth of the economy as it allowed both average and wealthy people alike to invest their money by taking calculated risks with the chance for profit based off investment size and future speculated profitability. While savvy wealthy investors always had an edge, everyone had a chance to reap a reward. 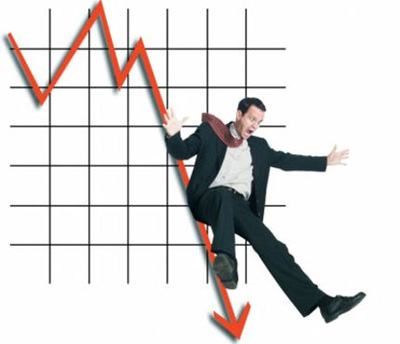 Today the market is a rather different beast. For instance, it is not uncommon for 60%+ of market activity to be completely automated. Those in control of that 60% claim it is not detrimental to market stability or industry. They purport that it is the evolution of stock trading and is another tool in the box. What most of the public are unaware of is that automated trading not only destabilizes the stock market, but in fact obliterates the original purpose of the stock market which is public investing and adventure capital.

My experience in automated trading comes from 3 years of working on a trading engine indirectly for Wall Street. During this time I had Wall Street traders teaching our team personally what they look for on the stock market and what they do when they find it so that I could program their thoughts and have a computer make the same decisions they would, but much faster. When I left the company our prototype automatic trader could send thousands of trading signals per second. This is hundreds of times the speed of Wall Street’s best traders and in fact redefines the entire trading game. This has made automated traders one of the top products in the trading industry and is rapidly rendering the human trader obsolete.

“Why is this important? Why should we be concerned about this new investment marvel?”
The reality is that morally-incapable machines are making decisions that are purely market driven and leave out the value-added human factor that spins off of investments placed in risky but potentially game changing innovation. To illustrate the detrimental impact automated trading has and the potential disaster it represents, it is important to have a rudimentary understanding as to how it works.

An automated trading application see’s essentially two things. It sees a basket of symbols (stocks to trade), and it sees a series of real time market signals (The buys/sells of stocks in the basket). The fact that decisions are made in “real time” is what’s the most important here. The fact that the computer can read an incoming signal, process it, and respond to it before a human trader even sees the signal is what gives automated trading an upper hand; it is also why the stock market has essentially run away from human control. Essentially, by the time now that any human receives information about the stock market, that information is already out of date because 60% of the activity that will respond to that event has already done so. In essence this means machines are leading the market, with traders making decisions based on the decisions made by machines to attempt to pull what little money remains from those transactions. You can also imagine that if the traders are essentially along for the ride determined by the machines, investors are holding onto the back of the rollercoaster praying the machines don’t take another dive.

True investing has become a thing of the past. Regardless of whether you believe a company will do well or even if every single person that comprises the 40% of market activity believes a company will do well, should the machines disagree, then that company will not be getting a rise to its stock price. The reason of course is that the weight of the machines versus the weight of the people is now lopsided in favor of the automated trading at current ratio of 60% v.s. 40%.
Essentially, computers now have more power to speculate future market events than the humans in control of the events do. One of the main problems with this is computers will always make decisions based on a “sure thing”. Humanistic and moral considerations never factor into the machines decision making process.

Consider the computer identifies two corporations: Weapon corporation A and Medical corporation B; To the computer, it does not see a “weapons” corporation and it does not see a “medical” corporation, it sees two stock symbols and considers them to be equals. It has no idea that the weapons symbol makes weapons. It is seeing a set of 3-6 different letters that it can cross reference with news articles, other symbols, and that symbols history. So the computer starts processing on this symbol and finds many references to it. It finds a good stable history of price increases and see’s patterns emerging that this symbol is likely to go up in the near future. The computer has no idea that reason these patterns are emerging is because a new war is breaking out among third world nations. It goes ahead and starts *long positions on the symbol, thus giving the weapons manufacturer more money to go ahead and propagate the war with. At the same time, the computer is dealing with the symbol for this new start up, Medical Corporation. This companies symbol has little in the way of references, its history is flat and unstable, and is not a good candidate without the emotional perspective to go long on. The computer once again has no idea the reason that the Medical corporation is not doing well is because they are dealing with high end, test phase medication to cure aids or cancer (keep in mind the example is fictitious, it is done to illustrate why decisions are made) and would be
spending far more money than they are currently making (again, the need money to make money logical problem). The computer, seeing this company as a bad bet will not put money towards it, and in fact may decide it’s a good bet for losing money and short the stock (with the long term effect of bringing the companies stocks down when 60% of the market is shorting it). The unmanned, morally unbound computers have the power to put the medical corporation out of business. The computer does this because what they are working on is not a sure thing, and their historical pattern would show this.

The problem is that independent innovation, which is normally funded by investors, can be and is destroyed by automated traders with no concept of the benefit of advancing technology that advance humanity. That example “medical corporation” could be any type of corporation whose direction is innovation from clean energy, aqua-culture and nanotechnology; all could be regarded as risky and therefore potentially shorted .

As it becomes self-evident that humanity is nearing the peak of the oil-age, future technologies are not going to be luxurious experimentation but imperative undertakings tied to establishing a sustainable existence and quite likely the future of mankind. The automated market will starve innovation based corporations for investment funds because the computers will decide it is a bad bet. The traders and investors must go along with that decision or risk huge losses since the computers carry more trading weight so the stock will likely be valued less. Consequentially it will be humanity who suffers. Innovation based corporations could cease to benefit from the corporate model and be relegated to finding private investors which would drastically reduce the potential money going into them.

Communities are being subject to the whims of an automated market that is likely to favor corporations that make weapons , cigarettes and alcohol among many others because they’ve always been good bets in the market historically, despite being detrimental to human progress.
Posted by Richard at Wednesday, March 09, 2011